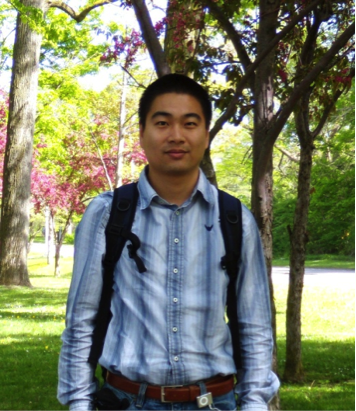 Research Interests:
My main research interests include forest fire management, forest fire ecology and forestry modeling. The specific aim of my research is to (1) explore more suitable models to predict forest fire occurrence under a changing climate, (2) identify the driving factors that impact forest fire occurrence and spatial distribution in China, and (3) analyze emissions of carbon gases and other particulate matter during forest fires of differing intensities. I have been working for this APFNet project since 2012 and I am currently in charge of five projects funded by Chinese governments at the provincial and national level. I have had more than 20 publications related to forest fire modeling and prediction published within the past five years.

Hu Haiqing and Guo Futao. 2006. Influence of fire on the occurrence of forest pest. Scientia Silvae Sinicae, 42(12):77-82. (in Chinese with English Abstract).

Wang Ruijun and Guo Futao. 2005. Relationship between fire and forest pest in Heihe area. Forest Pest and Disease, 24(3):12-14. (in Chinese with English Abstract).